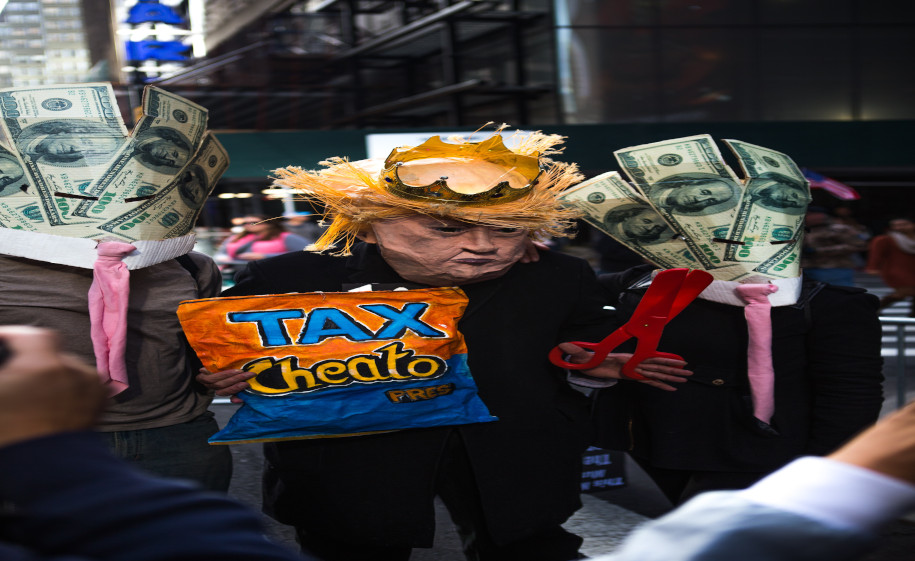 Seriously, this isn’t a political post…PROMISE!!

I’m sure by now you’ve heard something about the New Your Times report that claims to have access to Trump’s tax returns and confirms that he’s paid pretty much zero in taxes over the years…  If you haven’t…good for you!! That means you don’t pay attention to the news, and that’s probably a very healthy thing these days.

Regardless of your feelings towards Trump and American politics, this is an important topic for us cashflownaires, but not for the same reasons that the media is all over the story.

The truth is, the fact that Trump allegedly paid nothing in taxes should be a surprise to NOBODY.

And this isn’t an attack on the guy’s character.  Anybody that understands money, understands that taxes, in most cases, are our single biggest expense in life.  Additionally, anybody who understands money, knows that tax laws aren’t necessarily there to extract the most tax dollars possible out of the as many people as possible.  Instead, the tax system can actually be viewed as a way for governments to get people to invest where they want them to invest.  And contra to that, a way to “penalize” those who are not helping the government accomplish their agenda.  For example, if a government is looking reduce their unemployment rate, they may create incentives within the tax system to encourage employers to hire more people.  Unfortunately for the employees hired (and all the other employees), those incentives will likely be repaid by them.

Now, I have no idea what Mr. Trump’s tax return looks like, and who knows whether or not everything in his returns is above board.  What I do know though, is that Trump, and probably most other wealthy individuals understand money, and thus have very intelligent tax accountants and lawyers working for them to ensure that they pay as little taxes as possible.

Again, this is not meant to be political or an endorsement for or against Trump.  Truthfully, I am so over politics and have very little interest in it these days.  The reason I bring this up is because most people (average people) that watch the news just see the headline “Trump paid no Taxes” and get angry and assume he’s a cheat.  As cashflownaires, we need to look beyond the headline.  Assuming he did not cheat on his taxes, we need to ask ourselves, why did he pay no taxes? Is it because he has more tax saving opportunities than the individual with only one source of income (ie. their job)? Could it be because he or his accountants and lawyers really understand the tax system and how to navigate it? Perhaps it has to do with the type of businesses and investments he’s involved in..  It’s probably all of the above, and much more.

The takeaway here is that as cashflownaires we are concerned with building multiple streams of income that eventually far exceed what we have going out the door every month (ie. our expenses).  If taxes are our biggest expense in life, and wealthy people put so much effort into minimizing their taxes – shouldn’t we do the same?!?!  Remember, every dollar saved in tax, is a one dollar less of cashflow that you need to create on order to achieve the glorious Position of FU!!

Join us on the Path to FU by becoming a member here.  Not only will we build income streams
together, but we will also do so in the most tax efficient ways possible.

PS. Speaking of tax efficient investing – become a member and ask us how to invest in real estate through your RRSP, with as little as $5,000.