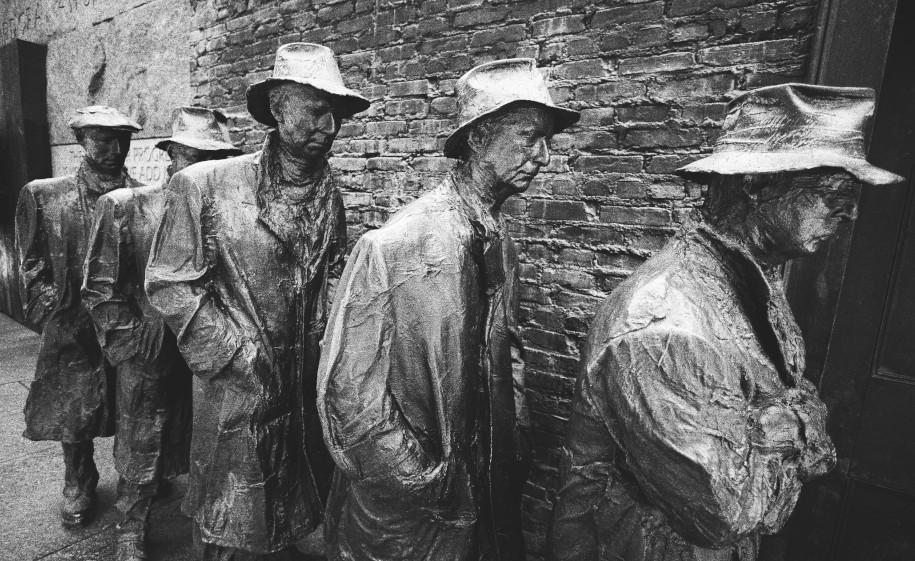 If you’re interested in learning about prior market crashes, “The Great Crash of 1929” by John Galbraith is a must read. In fact, in the version released in 2009, you’ll find this foreword written by the author’s son, James Galbrait:

“Readers may have wondered about the investing habits of its author, and in particular whether (like Keynes) he was ever tempted by the sirens of financial speculation. I can report that so far as I know he was not. His portfolio was that of a value investor, a buy-and-holder for a retirement he never actually took, as he wrote on, happily and profitably, practically until his death, at ninety-seven, in April of 2006.

He was also not averse, on occasion, to even stricter precaution. I remember calling him on the night of the market break in October 1987, an event that brought this book back from a brief disappearance. It was, due to the attentions of the national press, somewhat difficult to get through on the phone.

But when I did, I heard the reassuring paternal voice: “James? Is that you?” Pause. “Not to worry: I’ve been in cash for three weeks.”

That’s the real question, isn’t it?

When should we move our money to cash? Or in other words, when should we take our chips off the table? Well, this is a question I’ve been trying to answer myself, and it certainly isn’t an easy question to answer, which is why I’ve been reading about prior crashes. In this book, Galbraith provides a historical snapshot of the 1929 crash. This may be helpful for us because history has a tendency to repeat itself. So, I thought it might be helpful to share the 6 lessons I picked up studying the 1929 crash in James Galbrait’s book. Everything in quotations is a direct quote from “The Great Crash of 1929”.

1. A signficant increase in the daily trading volume.

“June 12 (1928), a day of particularly heavy losses, was a landmark. For a year or more, men of vision had been saying that the day might come when five million shares would be traded on the New York Stock Exchange. Once this had been a wild conversational gambit, but for some time, it had shown

Within a just a very short period of time, the volume of shares trading on a daily basis skyrocketed, as more people started buying stocks hoping to participate in the rising prices. Getting rich was easy before the crash… all you have to do is buy stock and wait for the prices to increase!

2. A signficant increase in stocks purchased on margin.

“In the stock market the buyer of securities on margin gets full title to his property in an unconditional sale. But he rids himself of the most grievous burden of ownership – that of putting up the purchase price – by leaving his securities with his broker as collateral for the loan that paid for them. However, even the most circumspect friend of the market would concede that the volume of brokers’ loans – of loans collaterlaed by the securities purchased on margin – is a good index of the volume of speculation. Measured by this

index, the amount of speculation was rising very fast in 1928. Early in the twenties the volume of brokers’ loans varied from a billion to a billion and a half dollars.”

“People were swarming to buy stocks on margin – in other words, to have the increase in price without the costs of ownership.”

When stock prices started to fall, it created a massive amount of selling. Investors were forced to sell due to their margin loans. 🙁

This sounds a lot like what happened with real estate prior to the 2008 crash in the United States. Americans were all buying real estate with as much leverage as possible. When prices fell, they were forced to sell because they pledged these assets as collateral. Leveraged investing only works in a rising market. Without realizing it, we end up taking on massive risk if we continue buying leveraged assets during rising markets.

The problem is… it’s very difficult to overcome greed in strong markets, especially when every Tom, Dick and Harry seems to be getting rich.

“If, indeed, common stocks were becoming scarce it was in spite of as extraodinary response of supply to demand as any in the history of that well-worn relationship. Without a doubt, the most striking feature of the financial era which ended in the autumn of 1929 was the desire of people to buy securities and the effect of this on values. But the increase in the number of securities to buy was hardly less striking. And

the ingenuity and zeal with which companies were devised in which securities might be sold was as remarkable as anything…. It was a good time to raise money for general corporate purposes. Investors would supply capital with enthusiams and without tedious questions.”

“The most notable piece of speculative architecture of the late twenties, and the one by which, more than anyother device, the public demand for common stocks was satisfied, was the investment trust or company. The investment trust did not promote new enterprises or enlarge old ones. It merely arranged that people could own stock in old companies through a medium of new ones.”

Think of these trusts as mutual funds (hedge funds) with extremely high management fees. They were promoted as a way for smaller investors to reduce investment risk because the trust would own shares in hundreds of different operating companies. The problem is that the trust officers began applying massive leverage to shares purchased inside these trusts. This meant that investors were now paying more to assume more risk. 🙁

As I was reading this, it started to sound like…

Crowdfunding: the practice of funding a project or venture by raising small amounts of money from a large number of people, typically via the internet.

5. “Experts” proclaimed the market was fine.

When the market started to sell off in October of 1929, the publicity machine went into overdrive to reassure investors that everything was fine.

“Representatives of thirty-five of the largest wire houses assembled and told the press that the market was “fundamentally sound” and technically in better condition than it has been in months.” It was the unanimous view of those present that the worst had passed.

These statements worked as planned by (temporarily) relaxing the panicked markets. Many brokerage houses began suggesting that it was a great time to buy!

Whenever the next crash arrives on our doorstep, we should remind ourselves to do the opposite of what the so-called experts suggest…

“Everything is fine” = Things are not good

6. Be very careful trying to buy at the bottom.

Every stock market crisis prior to 1929 was short-lived. The market usually rebounded quickly. This was certainly not the case in 1929.

“The singular feature of the great crash of 1929 was that the worst continued to worsen. What looked one day like the end proved on the next day to have been only the beginning. Nothing could have been more ingenously designed to maximize the suffering, and also to insure that as few as possible escaped the common misfortune. The fortunate speculator who had funds to answer the first margin call presently got another and equally urgent one, and if he met that there would still be another. In the end all the money he had was extracted from him and lost. The man with the smart money, who was safely out of the market when the first crash came, naturally went back in to pick up bargains. The bargains then suffered a ruinous fall.”

Imagine losing 90% of your money? This would be a little challenging to recover from, wouldn’t it?

We can put all of this together into what we might refer to as a formula for financial failure:

Apply this formula, and you’ll eventually find yourself in bankruptcy court. This is kind of hard for me to write because it was the exact same formula I used prior to 2008, and I teetered on the verge of bankruptcy.

In fact, we should apply extreme caution when we see the majority of people using this formula of failure.

The good news is that we can find success by doing the opposite of everyone else. So, I’ve inverted this formula for us…

This formula isn’t easy to follow; however, it will offer protection whenever the market crashes next! $$$

If you would like to learn more about investing in the stock market, consider our Stock Market Cashflow System Course, filled with systems and strategies to help you build income and wealth by investing in dividend paying stocks.