How We Can Learn From the Roman Empire

Last week, Warren Buffett released his annual newsletter to shareholders. I have a love/hate relationship with Warren Buffett. The guy is so intelligent when it comes to investing psychology, it’s hard not to admire him. At the same time, he offers a lot of “old man” advice.

Warren Buffet has been on this earth for 90 years. He has way more experience than I do and way more wisdom. But in his newsletter, he states, as he so often does, “never bet against America.”

He states this because, in his lifetime, a bet against America would have lost 100% of the time. Pretty good odds right? But we really only have 250 years worth of data to go by when it comes to the history of America. Seems like a lot, but human history and Empires go back 4000 years.

It got me thinking. I’m sure someone during the rise of the Roman Empire once said, “never bet against the Roman Empire”. And he was right 100% of the time, until he was wrong.

So this is what inspired me to write this piece.

How we can learn from the Roman Empire

So what happened? How did it all come crashing down?

Now I’m not a historian, but I am really interested in the history of money. I’m a nerd, I know. But utilize this nerd. All the reading I do, I like to summarize and put it in a quick, simple article (ok, kind of quick).

As I explored the internet, I came across a great piece on currency and the collapse of the Roman Empire: https://www.visualcapitalist.com/currency-and-the-collapse-of-the-roman-empire/

In this piece, it discusses the debasement of currency.  The Roman Empire used a currency called the Denarius (mother of dragons!?, this is a Game of Thrones reference in case you’re not a nerd LOL)

As per Visual Capitalist, with a devaluing currency, and “soaring logistical and administration costs, the Romans had to levy more and more taxes against the people to sustain the Empire”.

The economy was eventually paralyzed. This caused crisis.

Today, the US Dollar is the world reserve currency. Every other currency is measured against it. In 1971, Nixon took the US dollar off of the gold standard.

Since then, the US government has printed its currency and rapidly devalued it. Since 1971, their total debt went from under $1 Trillion to over $27 Trillion. This graph below from theatlantic.com and the US Treasury is mind boggling. 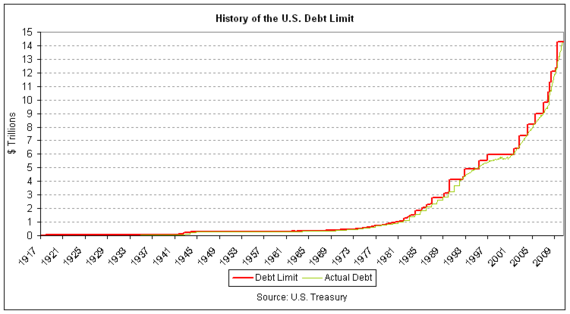 So what does this all mean?

Sorry Warren, I think it’s time to change our thinking and bet against America.

Now we aren’t calling for the end of life as we know.

But we need to change our way of thinking.

Our parents and grandparents grew up with the same mentality:

Warren Buffett says to just blindly put it in the S&P 500 and don’t look back.

This was the American Dream.

The problem is, all of these ideas are valued solely in dollars. They rely on your dollar being worth enough to sustain your lifestyle when you want to retire. They are all just paper assets with no income attached to them.

But as we’ve seen, savers have been losers. Assets have soared way beyond wage increases. And the dollar seems to buy less and less.

So we say, flip the script.

Instead of saving for a higher net worth, why don’t you instead invest in Cashflow producing assets?

Think about it. If you had an asset that demands cashflow, you can manipulate it.

Cost of living has gone up? Employer not giving you a raise to reflect that increase? No problem, I will demand more for my cashflowing asset, like my real estate or my business.

Your dollar gets devalued? Don’t want those coloured pieces of paper anymore? No problem, I will demand something else, like gold, silver, bitcoin, etc. for my cashflowing asset.

We live in a different world folks. It’s time we start investing different.

Why not get active and build cashflow in your life.

Ok this was a long one, but I get passionate about these things. Hope you got something out of it.

P.S. If you want to learn how to build cashflow in your life, and get out of the rat race of the 9-5 job, save, and repeat, join our Canadian Cashflownaire Membership.

P.P.S. The Roman Empire collapsed. The world didn’t end. Things our governments do shouldn’t scare us. But we should be aware of governments and monetary policy and take advantage of it. We believe that way to take advantage is through assets and cashflow.