Side Hustle Ideas for Financial Freedom 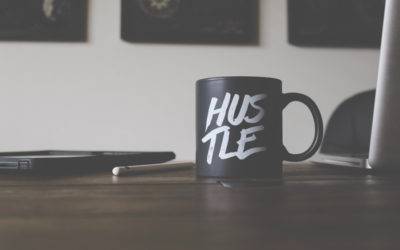 Folks hear terms like “side hustle” and “gig economy” and probably form certain opinions. They are employment opportunities for people like Shark Tank’s Daymond John, who had no formal education and must supplement their main source of income just to make ends meet. But that’s often not the case.

Did you know that almost one-third of all Uber drivers have completed a college education? Almost two-thirds of those drivers have at least some college credits under their belts. Uber, a product of the “gig economy” and provider of “side hustle” opportunities, has become a means of income security for those with college degrees.

Most employer-employee relationships are “at-will,” meaning either party can end the relationship without liability for just about any reason. As long as it’s not illegal or discriminatory, most businesses can let go of most employees any time they want.

Full-time workers have hedged against that possibility with side hustles. The banker or sales manager who drives for a ride-sharing company in their off-hours does so to have another income stream, maybe because they know that their main income stream can dry up at any time. Full-time workers, career folks with solid jobs, can build up “emergency” savings outside of their normal paycheck so that, if they ever lose their main job, they have means to get by until they get the next one.

Often, it can mean that your part-time side hustle becomes full-time – you set your own hours – until you can land another main means of income. It provides some income security. In his well-regarded 2017 book “Side Hustle,” author Chris Guillebeau wrote:

“In today’s environment, where the idea of a business having any sense of loyalty to its workers has all but disappeared, the side hustle is the new job security. It affords you the ability to decide. When you receive multiple paychecks from different sources, you are no longer dependent on the whims of a single employer.”

But could a side hustle also help lead to complete freedom?

“Financial freedom” likely means different things to different people. But, generally, the concept involves being able to live the lifestyle you want WITHOUT the dependency on the job you work at for someone else. If you could walk away from your current employer and still enjoy the standard of living you desire while setting your own schedule and living by your own rules, you are probably financially free.

But how many people are in that boat? How many people could just quit their job right now and be perfectly OK? Probably not many.

A side hustle, however, just might be a good start on the path to that kind of financial freedom. If you think about it, financial freedom is really about being able to cover all your expenses without relying on a traditional job. Theoretically, if you have a side hustle, once you’re earning enough income “on the side” to replace the income from your primary employer, you could quit your job. You would no longer rely on that paycheck to cover all your expenses.

That might sound great on the surface. But the fact of the matter is that in most circumstances, you’ll still be doing what you do at your current job: trading time for money.

Time is the most valuable commodity in the world because it cannot be replaced. Spend a dollar, and you can make that dollar back. But once you’ve spent an hour or minute or even a second, you can NEVER get it back.

When you work a regular job, you’re trading that precious commodity of time (irreplaceable) for money, which is always replaceable. A side hustle, grown and cultivated to the point it’s profitable enough a venture to cover all your household’s financial obligations, would mean that you wouldn’t be trading your precious time to someone else.

Working for yourself can feel really freeing. You can have greater flexibility with your work/life balance – you set your own hours and work around a schedule that’s best for YOU. You’re your own boss. It’s a scenario many people dream of.

One of the simplest ways to trade money for time in Canada is to increase your contributions to your employer-sponsored retirement account. If you have a side hustle, you might be able to use the “extra” income from it to pay your regular living expenses. In that case, you would theoretically need less money from your regular paycheck in order to meet your monthly financial obligations.

Maybe by increasing your own contribution level, you also increase your employer’s contribution. If your employer has a 50-percent match up to a certain dollar amount, this could result in a $250-per-month increase from your work. Overall, the combined contribution increases would amount to $750 per month or $9,000 per year.

If your retirement plan averaged a net rate of return of 10 percent annually, in 10 years time, you would have an extra $145,000 in retirement.

In the grand scheme of things, an extra $145,000 in retirement savings might not seem like a ton. But if it could allow you to “buy” retirement two or three years earlier than you otherwise might have been able to, you will have successfully traded money for time freedom.

There are two important wealth-building principles at play in this scenario. They are:

Think about it: If your side hustle generated $500 per month of income and you just socked it away in a savings account earning next to nothing in interest (as savings accounts do these days), you’d have about $60,000 after 10 years.

But by using that income to increase your retirement contributions, you’re getting a 10-percent annual gain that’s compounded over 10 years. In this case, time is working FOR you rather than against you. Your hard-earned side-hustle money is making MORE money while you sleep, spend time with your family, or enjoy your hobbies.

AND, if your employer provides a 50-percent match, it’s another $30,000 over 10 years, which ALSO makes money while you sleep and spend time with your family. Not only is your money making more money, so is someone else’s money. It may seem as though you’ve made more money appear out of thin air, but, it’s really just math, not magic.

In “Side Hustle,” Guillebeau writes: “It’s a way to create additional income without taking on the risks of going full throttle into the world of working for yourself.” That idea makes sense. But the truth of the matter is that you can use that additional income to go “full throttle” into exponentially creating more income.

The RRSP example above is simple and can be accomplished by most people who are willing to work a side hustle to earn extra income. But other investments might provide more liquidity, better rates of return, more immediate benefit, and even additional income.

You could, for example, invest in stocks and mutual funds outside of an employer-sponsored plan. You could save up income earned from a side hustle to acquire a rental property. You could invest in private businesses or partnerships. You could become a private lender and earn interest on loans you make.

No matter what you do with your side-hustle income, it’s important to remember that:

Time freedom = Not trading your time for money at all; your money works for you, not the other way around.

In order to achieve TOTAL freedom – financial and time – it’s vital to put your money to work for you. A time-tested, simple-but-effective way to work toward that total freedom is:

An income-producing asset is just what it sounds like – an asset that generates real income. It would be different than an equity asset, which is one that simply gains value over time but doesn’t generate income along the way. Gold, cryptocurrencies, collections of rare items, or other commodities are examples of equity assets.

Just as a side hustle provides some security in case you were to suffer a loss of income from your main job, investing the income from a side hustle into assets that produce more income provides additional security. It’s also the key to reaching the ultimate goal of time freedom.

It really comes down to passive vs. active income activities. Working your side hustle is an ACTIVE way to generate income; you’re required to actively participate to earn money. With an asset that generates income without your active participation, you are PASSIVELY earning income.

Some popular investments among those seeking ways to passively earn income include:

We won’t go into too much detail here, but if you are interested in learning more about passive income ideas, be sure to 7 Cashflow Investments for Canadians.

Regardless of whether you build passive or active income, we believe that every Canadian needs income in their lives that is independent of their employer if they want to achieve any sort of financial freedom. It’s the entire premise around this website that we have built. We call that financial freedom the position of FU.

A side hustle is a great way to build that passive income/cashflow.

If you would like learn more about achieving financial freedom, grab a free PDF copy of our book, The Path to FU, a step-by-step investing book to help Canadians build monthly cashflow, pay off all of their debt, and build a financial fortress for their family.